The cover for Drake's Dream is here. 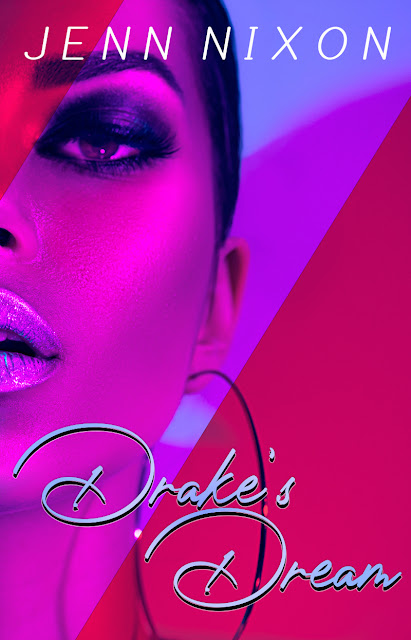 This book starts off right after the events of Dante's Hope, so be sure to check out Book one before you read Drake's story!!

Flabbergasted was the best word she’d come up with as she fanned herself off in the bathroom replaying his words in her mind. Rose knew Drake Reyes didn’t have a specific type. She had jealously watched him flirting with every kind of woman at the New York hospital fundraiser and saw him photographed with even more. Problem was, he was absolutely her type, large with dark features, light green eyes, and a charming swagger to die for. He made her weak in the knees with a simple look.

Finding out he played with couples, almost made her panties wet. He wasn’t as straight-laced as his brother Dante, but Rose had no idea he had a kinkier side. She wondered why he wanted to play with her and James. He seemed as interested in her date as she was, tepidly. Still, it was a great way to get closer to Drake without strings, something he seemed bound to no matter who he was seen with. Women never lasted long around him with his two-time rule.

Rose didn’t want any of that bullshit. 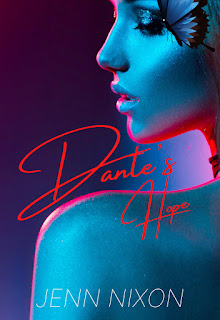 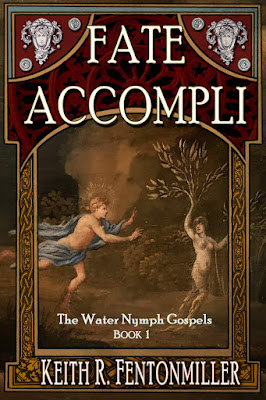 Fate had one job. And she bungled it . . . badly. Now only a cursed hatter and a tormented water nymph can fix the damage.

Tuscany, 1603Andolosia Petasos dreams of being the next Da Vinci. Only Fate has cursed him to make hats. It’s not Andolosia’s fault. After all, a Greek ancestor stole Hermes’ teleportation hat and brought down all of Olympus. And the gods don’t easily forgive that sort of thing.

In Olympus, Moira strives to weave a future that will fix the heavenly disaster. The very one she created. Meanwhile, the rich and powerful Sansone de Medici hires Andolosia to create a fantastical hat. A job that will change the hatter’s life.

At de Medici’s Florentine palazzo, Andolosia encounters the feisty Carlotta Lux. She claims de Medici has kidnapped her because she is descended from Daphne, the legendary water nymph. Of course, Andolosia has no choice but to rescue her using Hermes’ hat. But instead of gratitude, she is furious. Carlotta had been within inches of killing her captor.

Because Sansone de Medici is not who he seems. He is driven by a supernatural urge that demands he never gives up the chase. And Andolosia and Carlotta can’t run far enough to escape him.

Get your copy now!

Sansone peered under the carriage. “You probably broke an axel.” He walked around to the other side. “Let it be known, any damage will be coming out of your—” He stopped cold at the severed leg lodged in the right wheel. A second leg, also severed at the knee, hung limply in a nearby laurel tree. A bloody trail behind the carriage lead to an older man lying in the road. The man was still, eyes closed and breathing steadily.

An absurd thought struck Sansone – Why the Devil is he napping in the road – which fled his mind upon observing the blood-soaked ends of the man’s torn breeches, where legs and feet should have emerged.

“God’s Blood,” said the shaken Sansone. He batted back his nausea. “Vittorio! You struck this poor man. Fetch him some bandages.”

“We’ve no bandages, Messer,” Vittorio answered dismissively, as if reminding his master that his job description didn’t include first aid to fool peasants on foot.

“Then improvise some!” Sansone pointed at a dirt-stained, red turban spilling out of a crushed hat box. “Get off your arse and shred that into bandages forthwith.”

Vittorio grumbled and descended his perch – drunkenly – and picked up the turban. Sansone sat on the road and rested the injured man’s head on his lap. He pulled a white kid leather glove off his right hand, which was considerably darker than his ghostly, powdered face, and began stroking the man’s forehead.

The man roused. “I am no gentleman, Messer,” he said through gritted teeth. “Just a poor hat merchant who shouldn’t have been in the road.” He groaned.

“What is your name, Maestro?”

“We shall take care of you, Maestro Stasi.”

Vittorio pulled a cutlass from his waist and poked a hole in the turban’s center. He worked his fingers into the rent and ripped the fabric in two. Though slipping into shock, Stasi lamented the destruction of his son’s fine work. He’d labored all night to finish Madonna Vincenzo’s turban, sick with the aftereffects of hat travel – nausea, headache, and blue-tinged vision. Stasi had decided to deliver the hat himself, swollen ankles and feet be damned, rather than wake his exhausted son.

Vittorio pressed the swatches into each bleeding stump. Stasi winced and arched his back in agony.

Sansone unfastened the silk ribbon securing his bobbed blond hair and bound it snugly to Stasi’s right stump. He removed his ruff collar and used it to secure the other bandage.

“Good. We’ve stanched the bleeding,” Sansone said to Vittorio. “We will take him to the physician in Livorno. Help me load him inside.”

Sansone stepped into the coach. He gripped Stasi under the arms while Vittorio lifted what was left of Stasi’s lower half. As they laid him on the bench, the empty flask fell out of Vittorio’s coat pocket and hit the floor with a hollow clink. Vittorio backed away from Sansone’s withering stare. Sansone sat on the bench, gingerly raised Stasi’s head, and rested it on his lap.

All at once, a severed leg sailed into the coach and thudded at Sansone’s feet.

Sansone started. “What on God’s green Earth are you doing, Vittorio?”

Vittorio poked his head in. “Fetching the gentleman’s leg from the wheel.”

“Aye, Messer.” Vittoria paused. “What about the leg in the tree?”

Sansone sighed, exasperated. “Surely, if one leg is of no use, two legs are doubly useless.”

Vittorio yanked the leg from the carriage and tossed it to the side of the road. Heshut the coach door and headed to his perch.

Sansone noticed Stasi’s eyes had closed. He shook his shoulders.“Do not sleep, Maestro,” he pleaded.

Stasi opened his eyes halfway. “I am so tired.”

“You have lost much blood. If you fall asleep, you may not wake up. Tell me about your hats.”

“You are a maestro of millinery, then.”

“Pshaw! You will survive this. I insist you survive.” Sansone’s eyes widened, and he said excitedly, “Indeed, I have a commission for you.”

“This is not pity. I have had the most wonderful inspiration. You will make a hat for my opera.”

“A play that is sung. Its title is Daphne. Do you know the water nymph’s story?”

“Aye. Apollo chased her. She turned into a laurel tree.”

“That is the old myth. In my version – the perfected version – Daphne’s father transforms into the laurel tree, Apollo catches Daphne, and they unite in love. I have been puzzling over how to stage the transformation, and now Fate literally has thrown the answer in my path. You, Stasi!”

“Oh, I see it so clearly in my mind’s eye. Branches and leaves will sprout from the top of the hat. A trunk – perhaps of brown silk – will descend from the brim. I venture the hat will have levers and pulleys and articulating arms. Can you build it?”

“My son, Andolosia, can, but he leaves for Padua today, and the expense—”

“Clearly, your son will have to delay his trip. And, as far as the expense, I shall pay you two-hundred florins plus the cost of the materials.” Sansone counted out twenty florins-worth of gold coins and slipped them in Stasi’s purse. “A down payment for the materials.” He glanced out the coach window. “Fret not, Maestro Petasos. The physician will clean and cauterize your wounds. Then you will instruct your son to fashion my hat. I can wait a month, but no longer. Can I trust you to honor our arrangement?”

“We have arrived at the physician, Maestro,” Sansone said urgently. “I must have your answer. Can I trust you to honor our arrangement?” Getting no response, Sansone shook Stasi’s shoulders. “What is your answer, Maestro?”

“And I must have the hat no later than the twenty-first of November.”

Stasi gave a woozy half-nod and passed out.

Sansone’s eyes glazed over, and he said in a peculiar voice, “At long last, the nymph shall be mine.”

Reader #Giveaway!! Join our #Newsletter for a chance to win a $15 #Amazon Giftcard!

Do you LOVE to read? Do you want to find new authors from new genres without breaking the piggy bank? 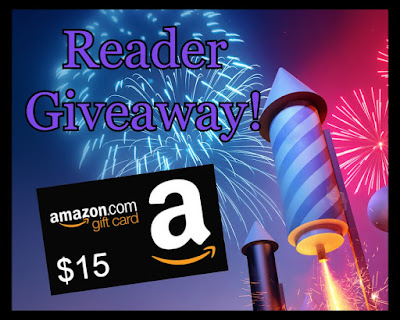 Jenn Nixon is starting a new Reader Newsletter just for you! Starting this February (or March!), you will receive our new Ebook Newsletter, three times per week, with the best books from Small Press and Independent Self-Publishers.

We will feature Freebies and 99Cent Books, as well as New Releases!! To help us get the list started, we’re offering you the chance to win a $15 Amazon Giftcard just for signing up for our Newsletter list!

Dante's Hope is ON SALE NOW!! 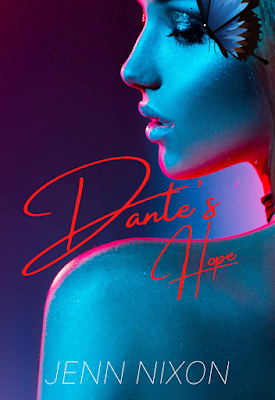 A curse, a vision, and a secret.
With a flimsy piece of evidence and a Psychic vision, “Miss Butterfly”, crashes the Reyes Brother’s charity fundraiser hoping one of them believes in curses. She has a devastating secret and they may be her last chance to get answers.
Fearing the affliction haunting him is tied to the alluring woman roaming through his library, Dante agrees to help her, fighting the powerful attraction building between them.
Together they scour centuries’ worth of myths and legends, determined to find the truth. Neither is prepared when they discover their intense connection may be the key to breaking the curse.
Reviews:
"If you are looking for a sizzling, paranormal romance and enjoy Ilona Andrews’ The Hidden Legacy series, you’ll enjoy this book."
"Without giving any info out that would ruin the book for you.....all I can say is you'll be up all night reading Dante's Hope because you can't just stop at the end of the chapter without starting the next one."