“As a literary figure, Philip K. Dick is popularly perceived as a crazed, drug-addled mystic with a sinister Third Eye. Nothing could be further from the truth - the Phil I knew was a warm, humane, very funny man. Maer Wilson understands these truths far better than I, and The Other Side of Philip K. Dick casts a welcome shaft of daylight upon the real PKD, as opposed to the dark, distorted caricature Dick has become.” Paul M. Sammon, Author of Future Noir: The Making of Blade Runner 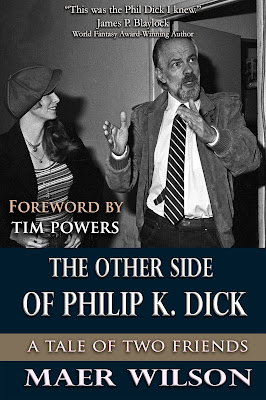 What is the truth behind the legend of Science Fiction great, Philip K. Dick?

In spring, 1972, Phil Dick moved to Fullerton, CA, where he met Theatre student Mary (Maer) Wilson. Amid marriage proposals, marathon talk-fests and a love for music and films, they forged a strong friendship that would last the rest of his life.

Wilson’s quirky, yet unflinchingly honest, memoir reveals a funny, compassionate and generous man. She captures an inside view of one of our literary greats – a brilliant writer who gave the world some of its most revered science fiction.

“I found this book engrossing and authentic -- truthful and serious account of the last part of Phil Dick’s life by someone who was a fundamental part of it and who has the skill to write about it. There is evident love and friendship in this book, but also fundamental honesty. This was the Phil Dick I knew.” James P. Blaylock, World Fantasy Award-winning Author

After a successful career being other people, and later teaching others the many tricks of that trade, Maer Wilson has decided to be herself for a while. Turns out she’s a writer. 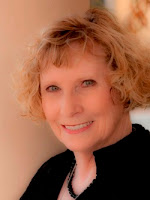 Maer first met Philip K. Dick in 1972 when he moved into the apartment across the hall from her in Fullerton, California. They remained close friends until his death in 1982. Maer was always an avid reader, but it was Phil who introduced her to science fiction, and she fell in love with the genre, later expanding into most aspects of Spec Fic.

When she’s not writing, Maer plays online video games, teaches college and reads. Maer is a partner in Ellysian Press, a small publishing house. She lives in the high desert of Southern Nevada with her two poodles.

Named 2015 Fantasy Author of the Year by AuthorClassifieds.com, Maer’s books include the recent Apocalypta Z. Her Modern Magics series includes the novels Relics, Portals, and Magics, as well as novelettes and stories set in that universe. Maer recently contributed to, compiled and published the charity anthology, The Dark Dozen. She is currently working on a science fiction novel, Truthsayer.
You can find all Maer’s books and novelettes at Amazon and other online retailers. For more info, you can visit Maer’s website at http://maerwilson.com/.