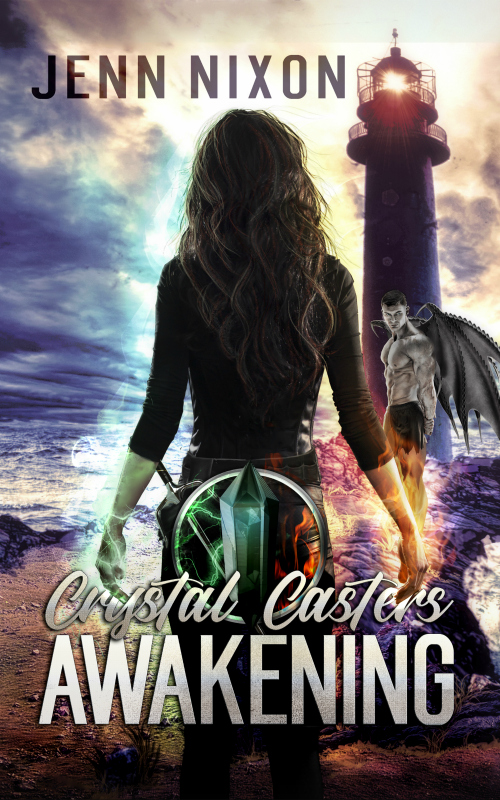 Long after sunset, the last straggler of the day walked up to the vegetable/fruit shelf and pulled two bananas off the pile. Cyndra readied a paper bag as she covertly eyed the older man, noticing the new pair of shoes hiding underneath his pristine jeans. She normally charged everyone the same, some lower if she knew they were in dire straits, but never more, regardless of what they wore or how clean they appeared.

“Pleasant evening,” he said, speaking softly and lifting his dark eyes to meet hers.

“Passing through.” He paused at the counter offering no more and setting the fruit down. “Do you take the Zonecoins?”

“As a matter of fact I do,” she replied, smiling casually, hoping to make the sale, “but one is already too much for bananas.”

The man jerked his chin to her left. “How many for the bogwood box?”

“I’m sorry, it’s not for sale,” she said, motioning to the canned food section and trying to hide her disappointment. Zonecoins were like cowmeat to Southzoners. “I have a jewelry chest on the home goods cart.”

“Eight,” he said sharper, narrowing his eyes and moving closer to the box.

“Not for sale,” she reiterated and stretched to her full height, a couple inches taller than the old man.
His lip curled and his eyes flashed with anger. “You don’t even know what this is, what you have in your possession, do you?”

“The box?” Cyndra dropped her hand to her side, ready to grab her weapon, when the zone’s curfew warning alarm blared through the air.

“Your ignorance will destroy you,” he snapped, glancing back to the door. He had half an hour to get to wherever he needed to go. Everyone knew the penalty for traveling after curfew.

When you're done, check out the New Release Giveaway. Extra points if you help me spread the word!!

By the way, on https://resumecvwriter.com/blog/what-not-to-write-in-cover-letter you can get info about cover letter writing. I had such experience recently