Hi Jenn. Thanks so much for having me on your blog today. I’m looking forward to sharing a little about myself and meeting your blog followers.

Well, I think the worst thing I’ve ever written was the very first draft of Perpetual Light. I’d never written anything before, just a few term papers in high school and college-- and I’ve been out of school for quite a long time. I knew it wasn’t good, but I didn’t really know anything about making it better. I attended my first writer’s conference a few weeks after finishing that first draft and then edited like a maniac. I learned I needed a thesaurus and that the reader needed to experience the story rather than be told what was happening.

I started writing about three years ago after reading several vampire stories, some romance, some horror. Right from day one I knew I wanted to be published and to make writing my career so I always planned to be published with the goal of making writing my full time career and not just something I do early in the mornings and late at night and every free minute of the weekends.

I don’t really. Most everything I write is a romance, either paranormal or urban fantasy. I’d love to write a horror novel someday, but for now I’m very pleased with writing romance.

I do read other author’s books when I write, though very slowly because I don’t like to spend too much of my writing time reading. I typically read in the same genre, mostly vampire stories, but I like any subgenre of romance. As long as the story grabs me, I’ll read it. I love to read a good horror novel, too.

What is the most difficult part of the entire writing process for you? Queries, pitches, editing. etc.

Time management. I’ve become fairly comfortable with querying and pitching and I love to write and write and write. But managing my time so that I’m able to write my current work and promote the one that’s being released as well as promote myself as a writer is very challenging. Facebook and Twitter can really waste a ton of time, if I’m not careful.

Hmm, this is an interesting question. I think Charlaine Harris might be a very good answer. She writes series, which I like to do. She sells tons of books, which I also like to do. Her books have been made into a television series, which I’d love to have happen. She’s been able to tell a story that’s grown and changed and introduced so many characters with intricate stories interwoven into the heroine’s. It’s really fantastic. 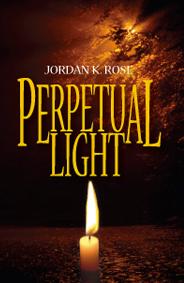 Fate is cruel. Especially when the one you’ve sworn to love for all eternity, the very soul who changed your destiny is the last person you should trust.

After more than three hundred years of running, Lucia Dicomano must make a choice.

Forced to take her place as a Pharo of Redemption, the divine slayer needs to master her forgotten powers. Lucia turns to Vittorio, the one vampire she’s failed to deliver from eternal damnation. But overcoming smoldering remnants of love, lust and anger aren’t their only obstacles.

Samuel, who may know Lucia better than she knows herself, hunts her with a fervor stoked by a thousand years of vengeful hatred. His plan—capture and enslave the weakened Pharo then take control of her elusive power.

Can Lucia trust Vittorio long enough to reclaim her powers? Or will she have no choice but to kill him and battle Samuel alone? 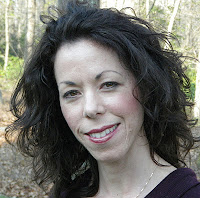 Author Bio: After trying her hand at many, many things- from crafting and art classes to cooking and sewing classes to running her own handbag business, Jordan finally figured out how to channel her creativity. With an active imagination and a little encouragement from her husband she sat down and began to write, each night clicking away at the keys with her black Labrador, Dino curled up under the desk.

A few short years later she’s entered the publishing arena with no plans to ever turn back.

Jordan’s a member of Rhode Island Romance Writers, as well as RWA National, and the New England (NEC), Connecticut, and Fantasy, Futuristic and Paranormal (FFnP) Chapters.

Her first book, Perpetual Light, releases in February of 2012 from Crescent Moon Press.

Great post Jordan, thanks so much for coming by!! ~Jenn

Thanks for having me, Jenn! :)

Jenn~ Great blog,
Jordan~ Thanks for sharing with us. I enjoyed learning more about you. I can't wait to read your book.

Hi Regina. Thanks so much for stopping by and for the kind words on Perpetual Light. Jordan

Hi Sandy. Thanks for all the support! Take care, Jordan

Thank you all for stopping by to support Jordan!! It was great interview wasn't it?!