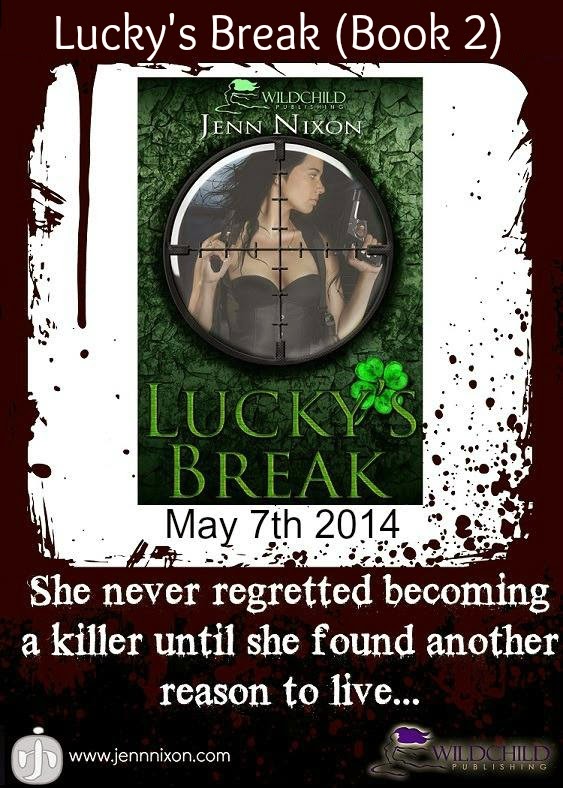 Today is the last day of my 30's. Not really sure how I feel about it. Can't do anything about it though. So, why not celebrate?

Here's a Teaser from Lucky's Break, book two of the Lucky Series releasing May 7th. That's right, two days after Jack Bauer's return. It's gonna be a great week!


Lucky tried to ignore how great Kenji looked. His hair went down to his shoulders, but he kept it tied back at the nape of his neck. He still hadn’t cut it since she mentioned it to him almost a year ago. The slight shadow on his dark jaw made his ice eyes pop on his face.

“I would like to talk to you, Felicia.” He was doing more than staring at her appearance. He studied every move she made.

“And I’d like to be lying on the beach in front of my rented villa, but we can’t always get what we want…can we?” She placed a hand on her hip.

“Perhaps after dinner,” he said.

“I’m back, there’s no need for you to stick around. You did your job, collect your money or whatever it is you wanted to get out of finding me and go.”

He lurched forward, keeping tight fists at his side. “You think I have done this for money? Why are you so…?”

“So what?” she taunted before taking another long drink.

“You have an hour to get your shit out of my room.” She didn’t wait for an answer. Lucky pushed by him, went into her room, and grabbed a towel. When she got to the
bathroom, she paused without turning around. “And you can tell Elizabeth I won’t be having dinner.”

Lucky shut and locked the door behind her. She sat down on the tub, cradled her head in her hands. The only thing she could do on the flight home to keep from screaming at everyone was to remain silent. Realizing she wouldn’t be able to ignore everyone indefinitely, she had to find some middle ground. If she kept Phen and Bet at bay
and just talked business, it may work again.

Long enough to see it through.

Only problem, she had to get rid of Kenji. If he stayed, he’d sidetrack her. She wouldn’t let that happen again. He couldn’t be part of the equation anymore. Her inability to focus while around him had one to many repercussions. Besides, bringing more people into her shitty life was unfair and dangerous.

He’d probably been at the compound since the day she left. Her house became his personal base of operations. That fried her tail. Still, she was more pissed off with Phen for allowing him to stay, and of all places, her room. Lord knows how much Kenji snooped or what he had found. The thought of him going through her photos, letters, or  even her sporadically recorded journal sent shivers down her back. Thinking of him sleeping in her bed gave her hot flashes.

Lucky definitely had to stay away from Kenji. He’d try to fix her. Help her. Put the pieces back in order. She didn’t want any part of it. No more distractions. All she wanted was to do her job and leave with a clean slate.