Tatiana Ortiz takes her vacations seriously. Although a blind spin of the globe in her office chooses the next location of her summer escape, she leaves nothing else to chance. “Operation Exodus” require months of planning and research, providing a convenient distraction from the tragic loss of her mother, and her nonexistent love life. While planning her next adventure in Italy, the operation gets interrupted by Donato Gesatti.

Intense and secretive, Donato is completely smitten by the hot Latina he meets one night when his brothers drag him away from work to unwind at a Miami nightclub. An ambitious and talented restaurant owner who has Miami critics raging and fans hungry for more, Donato feels the hard times he experienced growing up in Italy are behind him. But when his past catches up to him, he has to face a secret that can ruin everything he has worked so hard for, including his relationship with Tatiana.
Despite the obstacles between them, an undeniable attraction takes a life of its own. As they explore passion and love, Tatiana finally lets herself experience what she did not know was missing from her life. But when the fairytale affair is interrupted by reality, can they come to terms with Donato’s past? Operation Interrupted will take you on an emotional roller coaster about family, passion, secrets, and love. 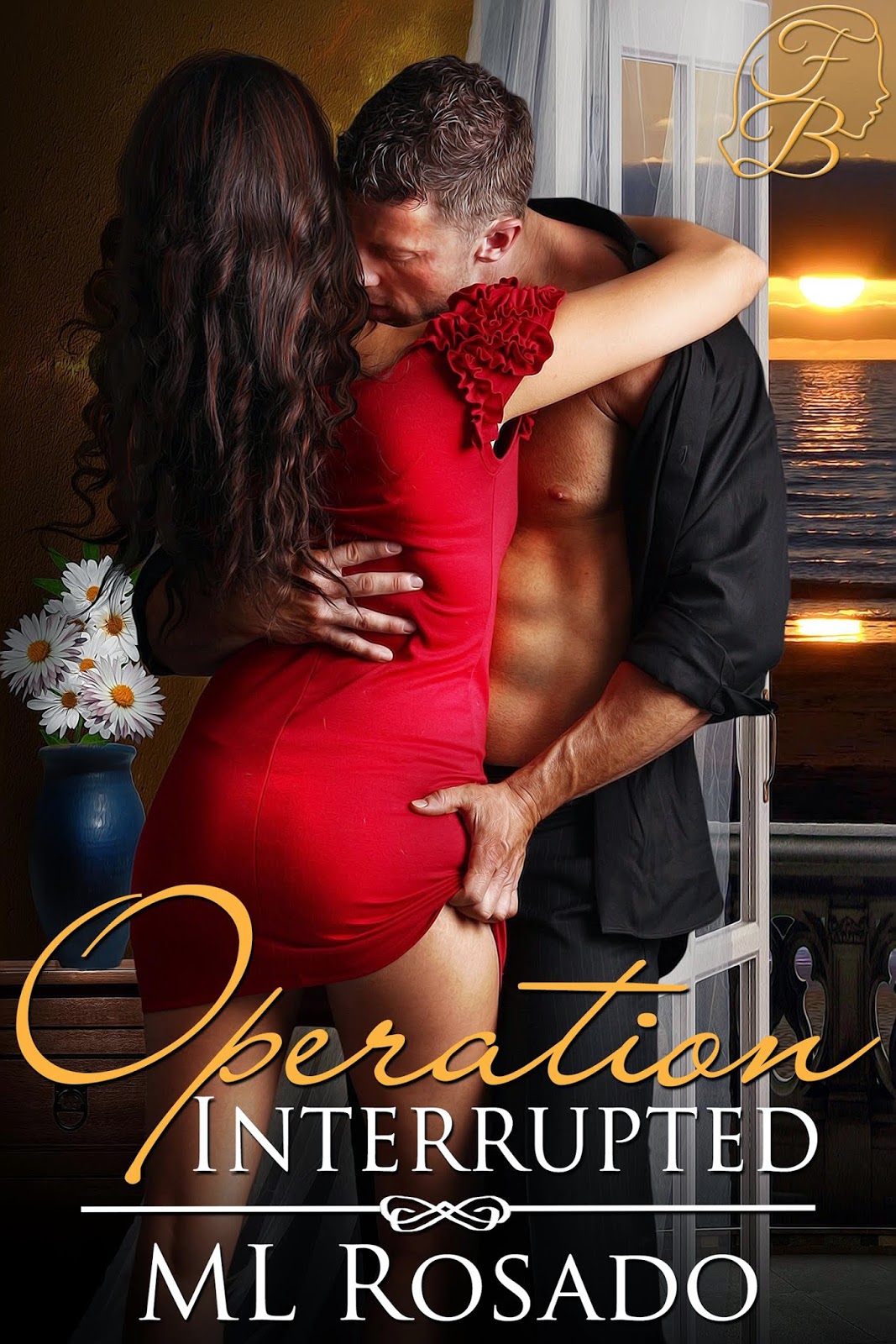 Our villa was right in front of the beach. In the back, there was a huge dune that had a rock formation that looked like a little cave...

“The sun peeks through, it is amazing… Come in.” I said.

It was a little crowded, but we managed. He put his arms around me and we waited for the sun.

Having him so close was petrifying. We didn’t know what to do. I wished I had lost those ten pounds already. A million stupid things went on in my mind and he just stared. I wondered what he was thinking, but I didn’t break the silence.

He leaned in and kissed me. Gently at first, but then he opened his mouth and devoured me. His strong hands caressed all of me. I didn’t want to let go just yet. I was terrified of waking up and discovering this was all a dream.

Being in the cave felt like we were the only humans in the world, and the beach was our home. He kissed my neck and sucked gently, and when he went lower and kissed my breasts, I moaned my desire. I leaned my head back giving his full access and finally let go of everything, surrendering to him completely. He picked me up and pulled my legs around him. I was against the rock—hot, humid and delicious.

I pulled his t-shirt off and felt his chest against mine, felt him growing against me. He groaned and unzipped his pants, mine too. This was it.

I felt him everywhere. Every cell in my body felt the heat. The sun pushed its way slowly into the cave as he moved inside me, slowly, primitive, perfect. I felt like screaming, crying and laughing at the same time. My body trembled and reach its highest sensation, which culminated with the warmth of his nectar.

Reluctantly, he put me down. “Are you okay?” he asked while touching my face and kissing my forehead.

“You were right. Sunrises are amazing in here,” he said softly in my ear.

ML Rosado is a romance author originally from the beautiful island of Puerto Rico, living in Miami, Florida. She is a mother of two wonderful boys and is devoted to her husband of twenty years. She loves books, food, chocolate, raspberries and wine. www.mlrosado.com