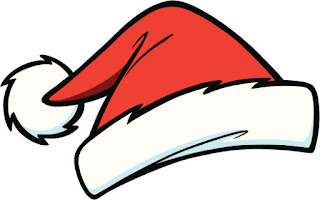 This year has been so sad and strange. Keeping oneself occupied is very difficult, even with the vasts amount of entertainment at our fingertips. I've watched more stuff on TV this year than the last few years combined, I'm sure!

So, let's get down to business!!

I didn't binge this one, rather watched the last few ones weekly. I know covid changed the original ending they wanted, but I thought it was very fitting. I told my BFF about the penultimate episode and how they wrapped up the Big Bad storyline. He asked me how I thought it would end, and I pretty much got it right. Dean dead and happy in Heaven, Sam has the life he always wanted. Started and ended with the brothers. That's how I would have done it too, with a few differences. I'm not going to get into any of the controversy surrounding the final few episodes, I respect everyone's feelings on this and my take on it won't change minds anyway.

I learned to play chess as a kid, I wasn't very good then or now, but I still like to play on occasion. Funny enough, I started playing online a few months ago, because of covid, and had seen the main actress in Emma, so I figured I'd give the first episode a shot. I didn't move until I was done! The only thing that would have made the show better is if it were a true story. Great cast, great sets, and clothing, spot-on everything!

I watched the pilot when it first aired on CBS a couple years ago. I refuse to pay for Access, but a friend of mine was nice enough to share. I'll admit, the first few episodes didn't feel like Trek to me. Once I got to episode 7 with Harry Mudd, I felt that Trek vibe again and really enjoyed it. Personally, I like it when they do a standalone plot alongside the big season arch. You have to watch them all to get the full story, unlike past Trek shows where they were mostly self-contained. I'm caught up and watching S3. New episode on tonight!

This is an African spy show that I really enjoyed. Unfortunately, there won't be a season two, which is a shame, because there are some unanswered questions from the first. Overall I found the pacing a little weird, but the characters were interesting and the story was pretty good. The fight scenes were pretty good, more believable than most action fight scenes, and it was wonderful seeing a story set in Africa.

I remember watching this pilot when it first came out and didn't really care for it. When I saw it got a second season, I thought about going back and trying again, but I just wasn't in the mood. Then I noticed a friend of mine on Twitter tweeting with the cast. I asked for her opinion and decided to give it another try. This show is along the lines of the old Xena and Hercules shows from the 90s, but not as cheesy, (yes, there is some cheese, and I'm okay with that). The first season was rough, but a few of the side characters were good enough for me to keep going and I'm glad I did. It's an interesting show with a weird premise, but it works.

I like Robbie Amel, he's cute, so I figured why not. I was pleasantly surprised with this show. It has a very Matrix-like story of Heaven being a digital playground. It was funny, emotional, and had a few great characters. Worth checking out!

Weird, trippy, must pay attention to it carefully if you want to watch. Seeing John Cusak in that role was odd, but I thought he pulled it off well. I watched it a while ago, and nothing else really sticks out to me right now.

Wow. Just Wow. Brilliant cast, fantastic characters, and another trippy story to make your head spin. There was one scene, where Tick and Co. are chased out of town by racists police officers, and it was the most suspenseful scene I've seen in a very long time. It's gross, not for the faint of heart, by any means, but well worth giving a try.

I was really bored okay? It wasn't great, but I chuckled a bit. I'm not sure if they played into the French stereotype of being mean to non-French people or not. I don't know any people from France personally and have never been there, but they played that pard hard, and it got a little annoying.

Swamp Thing - I have a couple on my DVR, I may go back to it and finish.

Have any suggestions? I'm always looking for something new to watch these days!