1. Tell us about your earlier writings and success in short stories. How did you get started and what did you learn that helped you write full length novels?

I feel like I started writing rather late. In 1999, I began roleplaying online. First, I wrote for characters from Phantom of the Opera and created my own characters into that world. Then, I became obsessed with Harry Potter and that wonderful magical world created by JK Rowling. I dabbled in writing Harry Potter fan fiction, as well, but I didn't write my first original story until 2005. "Soul Survivor" was inspired by Poe's "M.S. in a Bottle." I wrote that story, let a few friends read it, and then did nothing with it until 2009. In 2006, I wrote "The Case of the Tom Cat." It involved Sherlock Holmes and was written from Watson's point of view. I let a few friends read it, and then my friend Christine encouraged me to try to publish it. In 2009, I sent it to a publisher, and they accepted it as long as I changed the characters, since Sherlock Holmes was still copyrighted. Oops. I made the changes, and it was briefly published until the company fell under. Yeah, I had one of those experiences. It didn't stop me from writing and fueled my interest to continue. Since 2009, I've written nine published short stories, nine stories for Raven and the Writing Desk blog, and eleven short stories still looking for homes, and I'm currently working on two short stories this month that I plan to submit to anthologies.

With all those short stories, you have to feel like you've learned something in the process, and I have. Short stories are great to learn how to write when you write novels. Each chapter in a novel is a short story in a way. It needs characters, setting, plot, and conflict. Even if it is a cliffhanger chapter, it should offer a sense of some resolution. The characters grew in some small or major way through each chapter, just like in a short story. Unlike a novel, in short stories you have a tiny space to let people know your characters and put them in various situations. Short stories help a writer concise their words, leave out unnecessary back story, and focus on the task at hand.

I started my first novel in January 2009 before I wrote my third short story in May 2009. I've learned so much since the beginning, and I know when I go back to revise/edit that novel, I will have short stories to thank for teaching me about writing.

2. As a freelance proofreader, has this helped you hone your own writing skills and what advice would you give to someone who wants to proofread or edit in the future?

I haven't been a freelance proofreader for long, but it does help hone in my own writing skills. When you are proofreading someone else's manuscript, you pay attention not only to grammar and spelling, but also to the way words sound. Sometimes I have to read a sentence several times to get what the author is trying to say. If the sentence isn't working for me, then I have to figure out a way to make it work. I'm more conscious of how I use words to make things clear. I try not to have my participial phrases dangling with the wrong word. I've gotten rid of even more dialogue tags because when you read them a lot in someone else's manuscript, you realize how unnecessary they are. There are little, nitpicky things that you sometimes don't realize in your own work but come forth when you are carefully proofreading another's work. And, most of all, I try to think, "What can I do to make this manuscript better?" In the end, that's the main part of being a proofreader or editor.

For those who are considering becoming a proofreader or editor, I do have some advice. For one, learn grammar and spelling. It sounds simple, but it isn't. In high school, I took an advanced grammar course. I recently bought the Chicago Manual of Style, 16th Edition to help with some things I still don't know or completely understand. Learning another language can help your grammar more than anything. You learn what verbs, nouns, adverbs, adjectives, etc. are, and you would be amazed at how many people can't pick those things out of a sentence. I've studied five languages while in high school and college (Spanish, French, German, Latin, and Ancient Greek), and I have to say a lot of what I know of English grammar comes from them. Read, read, and read some more! Find critique partners. You learn and find more in another person's work than you own most often. Join a writing group. I'm part of Valley Writers, a chapter of the Virginia Writers Club. We meet twice a month, and we critique each other's work. You learn so much while finding out what other people think of a story. And, of course, write and get your own work critiqued or edited. You learn so much about your own faults when you have a good editor, and it makes you aware of those same faults in other people's writing, so you can help fix it.

3. Who are your favorite authors and why do they inspire you?

Michael Crichton – He taught me the value of research. You need to know everything you can about what you are writing, but you don't have to put everything you know into the novel. If you know, though, it'll come across to the readers, and they'll keep reading.

Stephen King – He taught me about horror and mystery and that aliens control everything we do. Oh, wait, that last one might not be right. *grins* I enjoy writing horror, and he is the master of it. I've learned about characters from him too. Scary things happen, but if you are scared for the character involved, then it makes it all so much more terrifying.

Aubrie Dionne – She's actually one of my friends and critique partners. She has taught me so much of the beauty of words.

Lisa Rusczyk – She is one of my friends, too, and critique partners. She has such a distinctive voice, and she has a way to say a lot about a character with saying so little.

JK Rowling – What hasn't she taught all of us? She inspires me to want to create magical worlds (even if they may be a bit more toward the Muggle side).

Christine Rains – She is also a friend and a critique partner. I wouldn't be writing without her believing I had some talent. She helps me see the big picture in what I write and how to fix it if it isn't working. 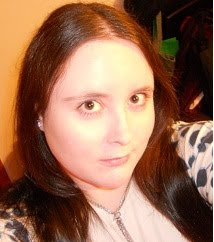 Cherie Reich is a writer, freelance proofreader, and library assistant. Her short stories have appeared in magazines and anthologies, and her e-book Once Upon a December Nightmare was published in August 2010 by Wild Child Publishing. She is a member of the Virginia Writers Club and Valley Writers. She was the third place winner in Roanoke Valley's BIG READ writing contest. When she isn't writing short stories, flash fiction, and blogging, she's working on her three work-in-progress novels.

Once Upon a December Nightmare by Cherie Reich 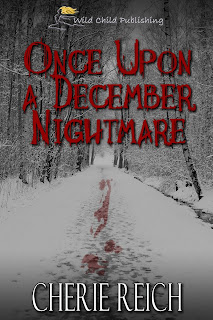 They were only going out to dinner and a movie.

But when their truck breaks down, and their cell phones don't work, they must brave the cold December air, nightfall, and a long hike. Yet this is the least of their troubles. Tension runs high between the four young friends…and they are not alone. Each step brings them closer to safety, but will they make it to the main road alive?

You can find Cherie online:

Thanks so much for interviewing me, Jenn! I had a lot of fun!

Glad to have you!! Thanks for participating!

Cherie,
I enjoyed reading your interview. If fascinates me to learn how other writers started writing. Five languages including Latin and Ancient Greek? Impressive. You mention 3 of my favorite authors: Rowling, King, and Crichton. I applaud their imaginations, and envy their royalty checks.
Thanks for sharing your story.

That's pretty impressive language learning there! I love writing short stories, too. It does teach you a lot. And I agree about editing and critiquing others' work too. I learned so much from doing that. Great interview!

Thanks for dropping by, Terri and Angie!