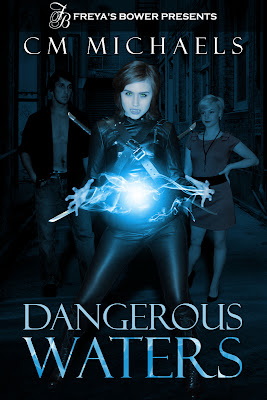 For Emily Waters, a nature loving small-town girl with an overprotective father, heading off to Boston University to study conservation biology is a dream come true—until a chance encounter catapults her into a mythical world she’d do anything to escape.
The latest victim in a rash of abductions near campus, Emily is brutally attacked before being rescued by a powerful new friend, whose family takes her in and prepares her for the unimaginable life she must now embrace. Clues soon emerge that Emily may not be entirely human, and her physical transformation awakens goddess-like powers that her new family cannot begin to explain. Dealing with her human first love, the not-so-platonic relationship with her coven “sister” and her new supe sort-of-boyfriend further complicates matters. Not to mention being secretly hunted by the psychopaths who attacked her. And as the only known offspring of a once all-powerful race, the climactic battle is only the beginning of her journey, one that ends with her leading a war against all humankind.

He has always enjoyed writing, and still has fond memories of reading his first book, a children’s novella, to local grade schools when he was 14. Dangerous Waters, the first book in the Sisters in Blood series, is his first published novel and is due out in 2013. C.M. is currently working on the second book in the Sisters in Blood series along with a Fantasy romance.

Thank you so much for hosting me, Jenn :)

You can read the first excerpt from Dangerous Waters on my Blog, and the second sneek peek is coming later this evening!!