What a wonderful experience! The research, the manuscript, the illustrations, and the friends I made! Take a peek at The Making of The Dragon Shield!

Making of The Dragon Shield 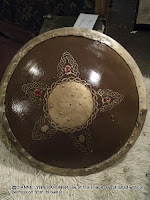 As a young man, Ian returns to the Realm to search for his father, and to fight against the tyranny that has befallen his friends. But the Realm is a different place, the forest is dying, the Kaermperns have lost the shield that protected them from the dragon, and Ian has a hard time proving his allegiance when trouble follows him through the portal. His struggle to do right buries him in confusion, and he must fight his own will to prove his integrity.

One would think that the term ‘research’ means to sit down with dusty old books piled to the ceiling (I’m getting a vision of Gandalf in the library of Gondor right at this moment), looking for facts written on some old crumpled paper. Sometimes that’s where research takes you. More often it gravitates you into a labyrinth of websites all connected throughout cyberspace with no real destination available, only more links.

Or you can research the fun way, like say, get to know some people that actually do the things you are writing about. Spread the word about your work in progress and the next thing you know you’ll be spinning a web of exciting experiences.

Speaking of which, I wonder why people are so secretive about their work in progress? I find if I talk about my ideas people come along side of me and help. Let them be part of the action, oftentimes what they have to offer is invaluable..

In any case, here is what my experiences were while writing The Ian’s Realm Trilogy.

From exploring a mile long lava tube under Mt. St. Helens, to constructing an ethnic yurt, or climbing aboard a tall ship and sailing the sea, and meeting some wonderful people in the process.

Here’s a little picture journal for you to enjoy. And then I hope you enjoy the books too. 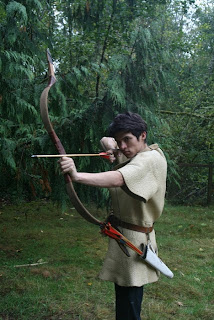 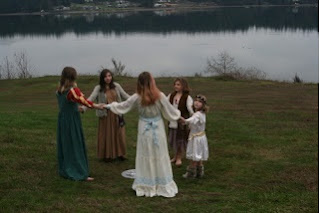 My thanks to Robert, Crystal and Stuart Odekirk for their warm hospitality and willingness to contribute to the Ian's Realm Series. Today,  my husband and I along with my granddaughter got a step by step instruction on the setting up of a traditional Mongolian Yurt. The yurt, for those of you following the story, is the central dwelling places of the primitive tribes of the Northern People of the Realm.

In the story The Tale of the Four Wizards-Meneka, we'll see the these yurts constructed for the first time.
And book 3
Rubies and Robbers

"They peered out at the bay from behind the boulders. Well protected by the towering cliffs that formed the concave inlet, and where Aspen Creek trickled into the salty water, moored the Galliot. It’s mast and mizzenmast poked at the night in rhythm to the gentle rocking of the waters. The taste of salty air settled on his tongue as Ian listened to the night sounds; the creek splashing into the bay, the waves rolling gently on the sand, and the creaking of the ship, groaning as though in agony."


What's so exciting about research for Rubies and Robbers is that I was recently invited to chaperon an Educational trip for my granddaughter's class on the Hawaiian Chieftain, a gorgeous tall ship berthed at Gray's Harbor, WA, that does Educational Voyages for schools and other organizations. The wealth of information I learned on the trip is going to be slipped into Ian's voyage on The Treasure Seeker a Galliot owned by the unscrupulous seafaring mercenaries in the third and final book of the Trilogy.

In this third and final installment of the Ian's Realm Series, Ian has proven his abilities as a warrior and now the most dangerous battle begins, the battle against the power of evil. Ian must unravel the secrets of the mountain and discern who his real enemy is, the enemy both without and within. He tackles with the twelve year old boy who seems to hold the fate of the entire Realm in his hands, and yet the pressing Songs of Wisdom call for compassion in his dealings. Ian leads his men in the fight against the powers of darkness. But he must also be willing to sacrifice everything he ever hoped to have in order to save those he loves.

Rubies and Robbers has ships. Tall ships. And for the illustrations and references you may see some paintings designed after these photos. Many many thanks to the crew of the Hawaiian Chieftain for their help and permission to use the many images I acquired that day. What you see here is only a taste.

They looked out across the bay that glistened with the reflection of a thousand stars. Ian pointed at the southeastern shore. A seafaring vessel, its ebony profile barely visible against the deep blue of the ocean, sail glowing against the night sky, inched its way across the waters.

“It’s loaded with guns and ammunition, all of which will be ours by the time it arrives at Moor Cove.”

“Interesting. We’re hijacking the boat?” Jeppe groaned. “I remember the last sailing adventure we were on.” He made a face.
Posted by Jenn Nixon