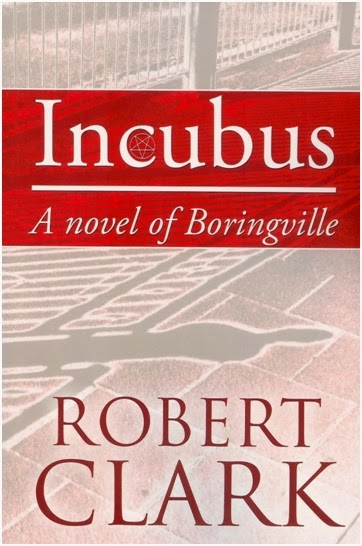 In a town where a significant percentage of the population consists of individuals sometimes considered paranormal, Drew’s ability to detect potential trouble is valued.  Is the problem he senses the vampire hunters Boringville has to keep from encountering the vampires who live there?  Is it the people claiming to be looking for a vicious rapist?

Whatever the threat is, the town’s residents have to find a way to neutralize it without shedding innocent blood, at the same time keeping the world from knowing many beings from legend are real and live peacefully beside normal humans in Boringville.

Robert Clark was born and raised in Eerie (Erie), Pennsylvania. He was brought up on Creepy, Eerie, and Vampirella comic books, stories of Ax Murder Hollow, science fiction novels, and late night horror and science fiction movies. He delighted in scaring the neighborhood kids with stories he made up or swiped from comic books. His fifth grade teacher told his parents he’d end up either in prison or as an author. To the surprise of almost everyone who knows him, he graduated from college. After graduation he spent years teaching biology. While doing so his fifth grade teacher’s prediction (?) threat (?) curse (?) whatever, came true. Tired of reality, he decided to try writing fiction. The genres he writes in are science fiction, fantasy, and horror/supernatural, although these often overlap in his books. He and his wife live in northwestern Pennsylvania. Clark is no longer teaching biology, but is still writing. At this point he hasn’t been in prison and hopes to keep it that way.