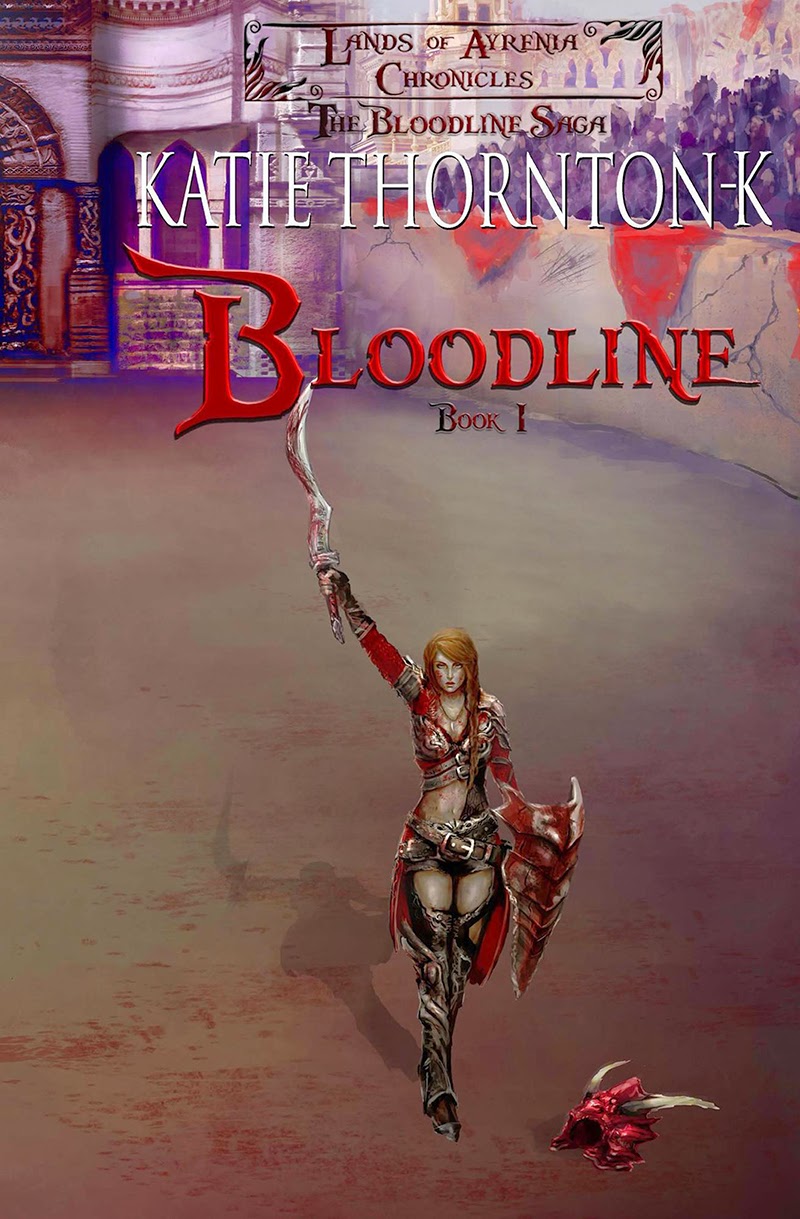 The Lands of Ayrenia was once a place that flourished with Magic until the Cataclysm, an event that eradicated all Magic. Three hundred years have passed since, and the gods seek a way to bring Magic back into the dying world. They choose Braelyn, a young girl, who is captured by pirates and sold as a slave to a gladiator house. Born to a warrior clan, Braelyn uses the skills her father taught her to rise in the ranks as a gladiator in order to earn her freedom. If she survives, the gods have great plans for her.

The next few days were quiet in the village on the coast, with a few visitors to the Inn and very good catches at sea. There was rain one evening, followed by very thick fog that came rolling off of the ocean and settled over the village. The fog was still there in the morning, making it difficult for the children to concentrate with the sword practice.

Katie grew up with a love of reading, and started writing in her early teens. By the time she was done high school she had written a novel. She went to Wilfrid Laurier University in the Archaeology program to become a Medieval Archaeologist. The knowledge she gained about the Classical and Medieval world she used to incorporate into her writing. She lives in a small town in the township of Howick, the County of Huron, Ontario, Canada. She is very happily married to her amazing and loving husband Jason. She has an adorable son Daniel, with another child on the way. They have two cats, Orion and Andromeda.

She loves reading and writing, and getting her feet dirty. She hates the cold, worships the sun, and likes sundresses. She likes all animals. She loves life, and is looking forward to the future.


Fantasy novels is what she enjoys most, in what she reads, and writes. It's an escape. All of her heroine's have a part of her in them. She created the Lands of Ayrenia to be a Magical world, where anything can happen. Keeps you on your toes. Wanting more.
Posted by Jenn Nixon

I know that this important info will help you to hack WhatsApp Messages. I had such experience recently