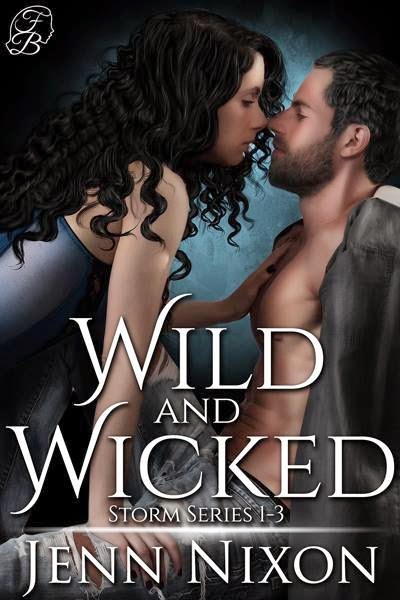 Just got the release date for the Wild & Wicked Anthology!

If you didn't check out Veronica and Mason's story previously, now's your chance!!

Here's the cover and the book blurbs! What do you think? Hot, right? Yum!


Wild & Wicked
Veronica Chance’s sister has gone missing. In order to find Valerie, “Roni Starr” takes a waitressing job at Foxxes Gentlemen’s Club, the last place her sister worked, to search for clues. First day on the job, the club owner makes her give a lap dance to his VIP guest, former detective,Mason Storm.
Chance of a Storm (Book 2)
Mason Storm waited three months to hear from Veronica Chance after she walked out of his life. Instead her sister calls, begging him to come to California. After learning Veronica was kidnapped and her mother’s still missing, Mason joins the investigation while trying to figure out where he stands in Veronica’s eyes.
Trust Me, Tell Me (Book 3)
Mason Storm is set to marry Veronica Chance in seven days. When he receives a mysterious text message he immediately packs and leaves without saying a word to anyone. Veronica, however, is determined to help despite his claims of being the only one to make things right. As the situation intensifies, Mason is captured and Veronica holds the key to his release. Will she make it there in time to save him and their wedding or will everything fall apart?