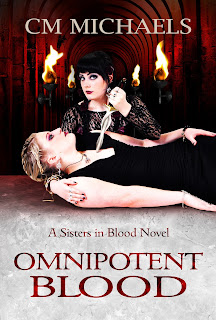 Having survived the attack inside the Natick Mall, Brooke dreads the thought of spending decades in exile while she waits for the media firestorm from the superhuman brawl to run its course. But soon after fleeing Boston, she discovers the battle caught the eye of forces far more lethal than humans.

Captured by the dark Goddess Lilith, Brooke is transformed into her greater demon General, and finds herself tasked with converting the rest of her family to form the advisory council she’ll need to lead the largest demonic uprising in history.

But not even Lilith could have anticipated the powerful bond Brooke has formed with her family. Seeing her resist even after losing her soul, Angels soon take interest, as Brooke’s unfettered access to Hell and greater demon abilities could shift the tide in the age old war if she were to fight against her dark queen. Her love for Sienna, her sisters and her now girlfriend, Sandy, is all that prevents her from fully embracing the darkness.

But with the demon spirit inside her claiming more control of her mind with each passing day, will the power of love be able to save her?

“Am I supposed to believe you just happened to show up here? A hundred and fifty miles from the hotel where you work?”
She grinned, securing her thick, wavy hair in a ponytail. “Of course not—although I don’t actually work at the hotel.” She made a wide, sweeping gesture with her arm toward the wreckage. “Who do you think caused the accident?”
This whole encounter was freaking me out. Fuck being discrete. I visualized her flying backward into the snow bank. In an instant the strange connections formed in my mind, physically linking me to all of the cars, people and debris that surrounded me. I didn’t want to hurt her—not yet, anyway—so I only pushed hard enough to send her sailing about fifteen yards into the ditch.
She laughed as she climbed to her feet, shaking the snow off her designer outfit. “It’s been a while since I’ve been knocked on my ass. Impressive.”
I’d never felt so dumbfounded in my life. Even if this psycho bitch was used to fighting my kind, it was unlikely she’d ever crossed paths with another telekinetic. She was acting like I’d crafted a wiener dog out of a balloon at the fair. “What the hell are you?”
“I need you to come with me,” she said, making no effort to respond to my question. “And since you seem to be immune to being bound—I’ve been trying ever since you got out of the car—you’re going to have to consume my blood first.”
“I’m not going anywhere with you!” Where the hell were Sienna, Raven and Sandy? Ruby’s escalade might be shielding them from seeing the encounter, but even if it did, I wasn’t exactly being quiet. And Ruby was staring right at us.
“Your coven sisters can’t see or hear you.” She’d apparently guessed my thoughts by the direction I was looking. “A simple illusion. To them you appear as if you’re still sitting in the passenger seat like you were told.”
“How—”
“Enough!” Her voice boomed with unnatural power, causing me to take an involuntary step backward. “I have no desire to harm you, child, but you are coming with me. Now.”
With all of the abilities I’d been given, I never thought I’d have cause to feel afraid again, but watching her approach me like I was nothing but a petulant child made me shiver. There was no way to fake that type of unwavering and absolute confidence.

ABOUT THE AUTHOR
C.M Michaels grew up in a small town in northern Michigan as the youngest child of a close-knit family of seven. He met his wife, Teresa, while attending Saginaw Valley State University. Together they’ve provided a loving home for several four-legged “kids”, including Sophie, their eternally young at heart, hopelessly spoiled Spaniel.
He has always enjoyed writing, and still has fond memories of reading his first book, a children’s novella, to local grade schools when he was 14. C.M. is currently working on the third book in the Sisters in Blood series along with a Fantasy romance called Kerrigan’s Race.
An avid reader since discovering Jim Kjelgaard novels in early childhood, his favorite authors include Kelley Armstrong, Peter V. Brett, Richelle Mead, Rachel Caine and Laini Taylor. When he’s not writing, C.M. can be found curled up with a good book, watching movies or hitting the hiking trails with his wife.
C.M. currently resides in Louisville, Kentucky.