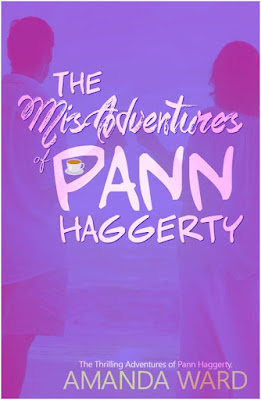 Widowed Englishwoman Pann Haggerty has a list. A bucket list, if you will. A list gathered from dreams, romantic movies, and kitschy television programs. A list that has spent far too long buried beneath piles of dirty dishes, laundry baskets, and the needs of her grown children. Pann finally realizes it’s her time to follow her dreams. Armed with her list and an unparalleled sense of adventure, Pann leaves England for America. While there she meets New Yorker Joel Harper and together they rent an RV with the intentions of following Pann’s list. And, while love isn’t on the list, the close quarters of the RV certainly make for some interesting conversation. Before long both Pann and Joe realize they’ve discovered more than just America, they’ve found each other.

“Joe, would you mind getting me a couple of things please?” she asked him sweetly.
“Sure. What do you want?” he asked.
“Mug, key ring, magnet. Anything really.”
“Pann, what on earth are you up to?” Joe was suspicious.
“Nothing honestly. I’ll be waiting here when you get back. I’ll just go inside and have a look around,” Pann told him, packing as much innocence as she could muster into her voice.
“I’ll go then,” Joe said. Pann smiled and nodded. “I’m going,” he repeated, looking around for a shop that sold what she wanted. Pointing to a store on the other side of the road, he crossed over and left Pann alone.
“Toodles,” Pann replied cheerfully and put her idea into action.

When Joe came back to the meeting house less than half an hour later, he was laden down with bags. He was hoping he got the right things for her when the sight before him stopped him dead. He lifted his face to the sky and whispered, “Oh, jeez, not this. Not here. Not now.”
For standing on the steps was Pann wearing a Union Jack cap on her head and a frilly apron around her. She was handing out slices of cake and plastic cups of tea to anyone that would take it. A broad smile lit up her pixie like face and she was obviously having a fantastic time, laughing and chatting to tourists and residents alike.
“What do you think you are doing, Crazy Lady?” Joe said slowly.
“Well, duh,” Pann mocked him. “What does it look like? I’m having a tea party. Where better to have one than here?” she announced taking a bow. Cutting a piece of sunken, lopsided cake, Pann put it on a napkin and handed it to Joe.
“I knew you were up to something,” Joe muttered, taking a bite of the cake. It tasted much better than it looked.
“You can’t have a tea party without cake,” Pann said stubbornly.
Joe took a deep breath. “Wrong revolution, darlin’. That was the French one,” he informed her.
“And the tea party?” asked Pann, totally confused by all the history being thrown at her.
“To do with taxing of tea. Crates of it were thrown overboard and into the river.”
“That’s terrible. What an absolute waste of perfectly good tea.” Pann sniffed in disgust. She sat down with her own cup and munched on her cake.
Joe couldn’t resist taking a photograph of her.
“Say Tea Party!” he teased. Pann stuck her tongue out at him. Joe continued taking photographs anyway. She pulled up her jeans at one point, exposing red socks.
“Pann what are you wearing?”
“Red socks. You said Boston was the home of the Red Socks. So I am wearing them because I’m in Boston.”
“Pann, you crazy English lady. When I said Boston was home to the red socks, I meant the Red Sox. A baseball team,” Joe said slowly and carefully so she would understand.
“Baseball,” Pann thought for a moment. “Is that like rounders?”
“You have to be kidding me! You’ve never heard of baseball?” Joe’s voice was incredulous.
“Of course I have. You hit a ball with a round stick. Then run around the field and touch bases. That’s rounders.” The tone of her voice dared him to argue the toss.
“What about football?” Joe decided to open the can all the way.
“Rugby,” Pann countered.
“Soccer?”
“Football.” Pann was evidently enjoying her banter with him.
He sat down on the steps and put his head in his hands.
“Save me from the crazy English woman,” he pleaded to no one in particular.
“Sorry, pal. You’re on your own,” a passer-by retorted.
Pann sat down beside him and snuggled up and sighed happily
“That was fun,” she giggled girlishly whilst sipping yet another cup of tea. God, didn’t that woman ever get fed up with the stuff? Joe wondered. 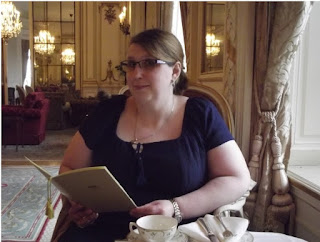 Amanda is originally from Bexleyheath, Kent in England. Born in 1971 she lives in Bedfordshire with her husband Matt, three children and two rather mad moggies.

A proud member of the Romance Novelist's Association, she is an author writing romance novels featuring the hero and heroine in their forties and fifties and more often with a quirky twist added to the tale.

A fountain of useless knowledge about the Royal Families of Europe and history in General, Amanda's bookshelves are packed to the brim with romances, historical biographies and Amish/inspirational fiction much to the despair of her husband.

As a self-confessed fan of Doris Day, Amanda can often be found in the quietness of an afternoon on the sofa watching one of her many dvds with a pot of tea and digestive biscuits.

Amanda also has more than a slight fondness for The Big Bang Theory, Gilmore Girls, The Waltons and The Marvel Universe, as well as a huge fan of Doctor Who!