My next release is a Contemporary Romantic Comedy! That's right, a straight-up Romance book. I've been a news junkie for about 20+ years now. I've had this story in my head for a while and after chatting with my publisher and realizing we had a few New Guy Crushes in common, I knew I had to write this story.

Check out the cover, blurb, and an exclusive excerpt below! Want to be part of my newsletter subscriber giveaway on release day? JOIN NOW! 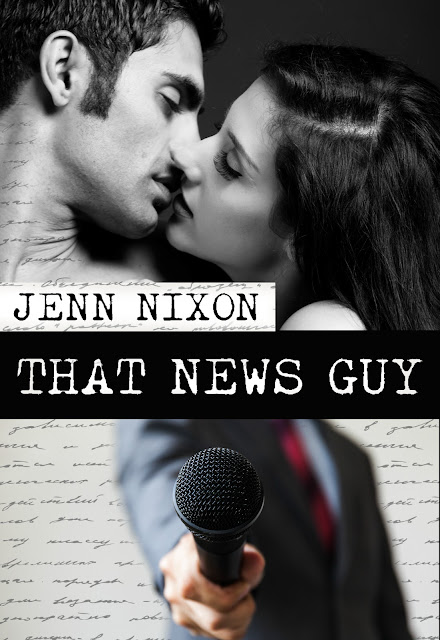 Taking a chance and making a change after his divorce, Trapper Del Rio signs up for personal training services to get in better shape for his embedded reporting gig with the Army. TFA Fitness Center is known for their discretion, having trained the famous and infamous alike over the years. When he meets the adorable curvy woman working at the Smoothie Bar, who blushes every time their eyes meet, Trapper wants to see where the explosive chemistry may lead.

After making a fool of herself the moment Trapper came up to her bar, Jessica Buckley didn’t believe the hot Latino reporter actually asked her out on a date. With a little prodding from her friends, Jessica risks dating Trapper, only to find him even more interesting off-camera. Jessica carefully navigates the intense feelings building between them, unsure she’s ready to give Trapper her heart, aware he’s going overseas in a few short months.


Jessica was working on her first batch of the samples for the day when Rava Chowdhry, the hottest trainer in TFA, smarts, talents, and even looks wise, walked out of the employee lounge. With a towel around her neck, Rava approached the bar, glancing over the counter at the contents of the fruit display.

“That looks interesting,” Rava said as she plucked a piece of mango from the pile. “Pinterest?”

“You know I can’t stop going there, I’m honestly addicted now.” Jessica shook her head, hit the power button on the blender, and motioned to the guy still walking on the treadmill. “Newbie. He’s been there for half an hour.”

“I’ve got time. He has a three-hour session, three days a week for the next three months. That’s a lot of threes. I should play the lotto.” Rava smirked and shrugged, swatting her long thick braid off her shoulder. “Isn’t he that news guy you gushed over last year during the hostage crisis?”

Jessica’s heart pounded. She glanced over to the treadmill and shook her head. “No…it can’t be.”
Rava laughed softly with a twinkle in her light brown eyes, pushed off the counter, and approached him. “Trapper, right?”

The treadmill came to a slow stop. The man picked up a towel and wiped his brow. When Trapper Del rio turned around and smiled at Rava, the whole world started spinning. Jessica’s inner fangirl burst to the surface. Aside from his sparkling smile, soft brown complexion, and bright green eyes, the man exuded confidence, warmth, and had everything someone who delivered bad news needed: a trustworthy face. Her cheeks caught fire as her eyes widened and jaw dropped. Trapper Del rio in her gym. She just died, right? There was no way…

“Jess have you met our new client?” Rava called coyly from the treadmills.

Thinking she might actually piss her pants, Jessica lifted her hand, kept her eyes locked on Rava, said hi, and ran back into the kitchen.

If Jessica thought she was going to get fired for being late, she’d been dead wrong.

He was gonna get her fired and she’d have to list the reason on her next application: Fired for fangirling over a client. Acting like a fan or messing around with clients was the biggest no-no. Matt hated that shit. Jessica never had a problem before, she didn’t care about actors or singers, or artists, her rock stars were entrepreneurs, world leaders, activist speakers, and reporters…

“Oh my god,” Jessica gasped, giggling and covering her face as her pulse rocketed. “I’m so going to get fired.”