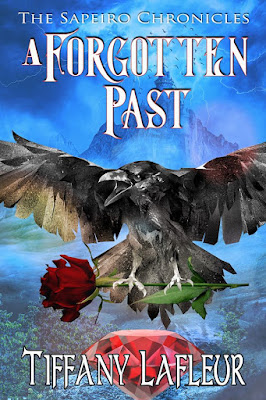 Check out this new release from Tiffany Lafleur!!

Beast Whisperer – that was Lily’s special talent. Useful, but not as flashy as some.Or so she thought. When she was a child, Lily had washed up on the riverbank near Basolt, with no memory of who she was.

Taken in by the couple who found her, she was raised as their own, alongside their new baby. Years later she does something extraordinary. And word spreads of a new Spirit Hopper, someone who can enter into and control not only beasts, but people. Someone who can change the land of Sapeiro. Someone who supposedly died years before.The rumors catch the attention of those who would control her power.

Those who would use Lily for their own purposes, no matter how many lives it costs. They set their plots to capture her in motion.But Lily discovers there is at least one group who might hold the key to her real identity. One group who would protect her. But trust does not come easily for Lily. And her would-be saviors have secrets of their own.


Excerpt:
She could sense the draft horses, glad for the rest the broken wheel provided them, as well as the mice scuttling in the grass. A hawk flew above, gazing on, uninterested in the scene below. The world was lit with the consciousnesses of the beings that surrounded her. She could sense them and feel their joy, fear, and determination to survive. Their emotions were her emotions.

Extending her reach further, Lily sought out the wolf pack. They were not difficult to find: seven large spirits clustered together, a few hundred meters behind the patrol. Their sharp, predatory minds were bright. They were forming a plan, intent on taking advantage of the broken wheel, which left her patrol stranded and weak. But their intentions changed suddenly, from focused planning to aggression – and finally fear.

Lily opened her eyes, suddenly on high alert. What could make the biggest predators in the fields feel such unrestrained fear? Closing her eyes again, she extended her consciousness, probing, searching for the cause of the fear that had overtaken the wolves so quickly. There didn’t seem to be anything that could—

Lily frowned and concentrated harder. Another consciousness had appeared. It was far away but approaching fast. It was too fast for a forest bear but too slow for a horse. Its mind was intelligent, smarter than the wolves, but she was still not able to identify whether or not it was a threat.

Pulling on her mare’s reins, she dashed over to where Cormick stood, on the other side of the cart. The spare wheel had been brought out, waiting for the rest of the patrol to pry the shattered wheel from its spoke. Brandon looked at her quizzically as she sprinted along, though Lily ignored him.

“Cormick,” she called as she approached him. He glared at her through hooded eyes.

“What, come to gloat about how powerful you are, orphan?” he spat.

“No, you twit,” she snapped, patience running thin. “Something’s coming our way. Can you sense it?”
Cormick was about to retort when his expression froze. He snapped his head eastward, towards where Lily had sensed the bright consciousness.

“What is that?” he asked incredulously, all animosity gone.

Lily had a feeling she knew. Though it shouldn’t be possible, she knew what was lurching their way. There was only one thing on this side of the continent that could be that big, that powerful, and that intelligent.

She quickly guided her horse over to the rest of her patrol, where Brandon had finally succeeded in taking off the broken wheel. Another two men were crouched near the spoke, trying to ease the new wheel on, while the others were straining at the frame, attempting to lift it high enough to latch on the new wheel.

“Something’s coming,” she blurted out, heart fluttering in her chest.

“What is it, thieves? The wolves? Rasara?” he asked, placing his hand instinctively on the pommel of his sword.

Brandon’s jaw dropped. “A berserker? How is that even possible? Are you sure?”