I wrote some poems years ago, and I just knew they were bad.  Some people have a knack for poetry, and some don’t.  Let’s just say I’m one of the don’t people. However, it made me realize that while I wasn’t suited for poetry, I did have creative ideas that were looking for an outlet.  From there, I began writing longer pieces, which are definitely more my style.

I don’t know if I can remember exactly when I began writing.  It seems like it’s always been a part of me.  I wrote a lot as a girl, but then because of school and work, I left it behind for years.  I picked it back up a few years ago, slowly at first, and then it became very much who I am.  It was after I wrote my novel, Stolen Destiny, that I decided I wanted to go professional, and the rest is history.

This may sound bizarre, but the most difficult part of the entire writing process is the typing.  I hand write everything first—even 300+ page novels—so the entire book is complete when I finish and even basically edited because I edit along as I write, but it’s nowhere close to being finished since then I have to type it.  I hate typing.  Weird for a writer to say that, I know, but I do.  When friends ask me what I’d do if I became a rich and famous author, I always answer the same thing: “Hire someone to type my work!”  Everything else, from outlining to drafting to editing, is a chance to explore something about my writing, but typing is just a chore, and an odious one at that.

I think my knee-jerk answer is J.R. Ward.  She’s loved by paranormal romance readers and incredibly successful.  As far as a career goes, that sounds great to me. 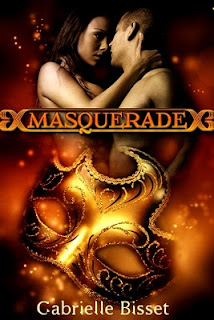 Annelisa Fielding has had the blessings of wealth her entire life, thanks to her industrialist father.  However, there is one thing even he can't give her: a title.  So he arranges a marriage between his daughter and the Earl of Swindon, Thornton Sutcliffe.  As long as his future bride is a virgin, the Earl will tolerate the marrying down because in return for taking Annelisa as his wife, her father will pay off his debts.  Everyone wins, as far as the men are concerned, but Annelisa wants more out of marriage than a title and is willing to wait.

But she won't be able to wait if she doesn't find some way out of the marriage and fast because the deal is in one month she'll become Lady Annelisa Sutcliffe.  The solution to her problem? Count Nikolai Shetkolov, a diplomat in the service of the Tsar and stationed in . An honorable man, he's the perfect person to help a young lady lose the one thing her odious future husband prizes most. But Annelisa must watch out or she may get more than she bargained for with Nikolai.

Thanks for the interview! :)

Great answers! Thanks for participating!

Really interesting interview. I can relate to the annoying typing. I used to hand-write everything too, and the only way I could get through the typing was to do it in stages. I wrote some, I typed some. Then, it didn't seem so bad.

I'm going to have to try your idea, CD. As of now, I avoid it until I can't anymore and then it's just odious. LOL