I'm super happy to share with you a sneak peek for Teaser Tuesday! This is the opening for Book 3 - MIND: The Reckoning featuring Bates and his love interest. :-) The book will be out this October!! Stay tuned. 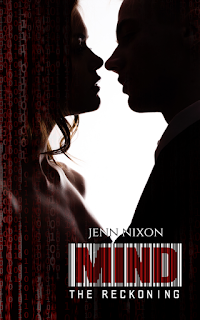 
She was gone.
Posted by Jenn Nixon