Today's Teaser Tuesday is from me! 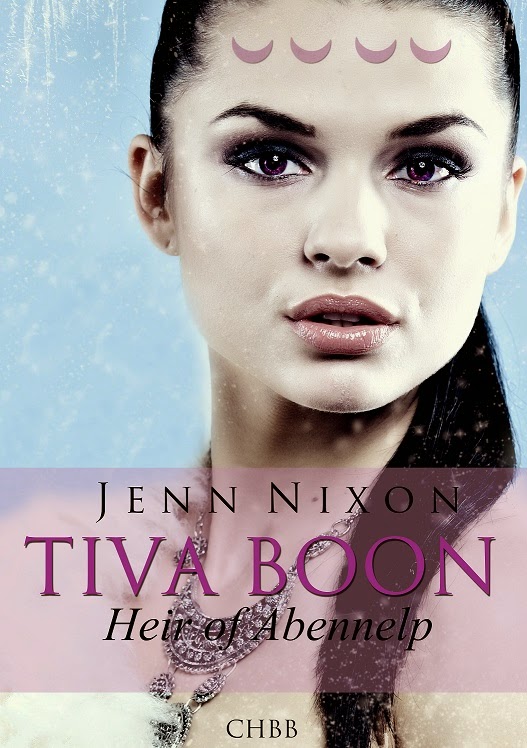 I don't think I've shared anything from the second book yet, so, here you go:

“You call this stuff intoxicating? Where are the real drinks?” Tiva heard the complaint as she walked in the mess hall. The aroma inside made her stomach rumble, chastising her for skipping a meal. She sighed and moved to the counter. Vinni served a large mug to Adam Cooper; who was laughing at the bartender. He shook his head. “I’m joking, Vin. Well, not really, but don’t worry... I’m not mad. Just hook me up with one of those citrus drinks.”

Tiva took a seat, and placed her order with the young lady standing behind Vinni. She was tired of  he protein shakes; a sandwich and juice would be a nice change of pace.

The mess was unusually quiet. Several people chatted silently with their friends or crew mates. Cracking her fingers as she waited, Tiva watched as Cooper gulped down his drink, and tapped on the bar.

“And how about a glass of water and a washcloth for my lady friend?” He gestured to the blade hanging at his hip.

Tiva gawked. A sword wielder?Most of the aliens she had come across thus far preferred advanced technical weapons. Not many used metal and steel among the stars. Vinni fulfilled his request then placed her order on the counter.

She broke her stare.“Yes, thank you.” Tiva gathered the tray and hopped off the chair. Her usual table in the corner was unoccupied and she made her way over.

Tiva sipped her juice and glanced out the porthole window. The stars were less dense than they had been the week before. Granted, it was a different part of space, but she wondered if that meant anything as she bit into her food.

“Nifty little toy you’ve got there.”

She glanced up and raised an eyebrow. Cooper stood before her, smiling. “Pardon?”

He gestured toward her side, the one without her plasma gun. “That thing, your claw.”

Her hand protectively went to the weapon and she dropped her sandwich. “Thank you. I brought it from home.”

“Of course you did,” he said with a chortle and ran his hand through shaggy brown hair. “It’s not like you can get a decent weapon here. Nope, nothing but new-age lasery stuff.”

“I fashioned the weapon myself. I have found few items that can compare, yet.”

“Now that takes a bit of skill. I’ve never been one to make weapons. Mine was a gift from an
old friend.”

She peered at his side. “The craftsmanship is amazing, I have never seen anything like it...”
She paused narrowing her gaze for a moment. There was something odd about him, and the
weapon. “…before.”

He pulled the blade out, allowing her a better look. The golden eyes engraved in the hilt seemed to stare at her. “She’s one of a kind...Well, one of a pair. The other is lost.”

Her gaze slid over the blade, exquisite was the only word she could think, but she kept that to herself. “Very nice, indeed...Mr...”

“Sir,” he calmly corrected, sheathed his weapon and sat down across from her without invitation. “Sir Adam Cooper. And you?”

She blinked.Sir Adam Cooper? Only the protectors on Abennelp held the title of Sir, was he a protector from his world as well? “Roya...Tiva Boon.”

“Roya? I never heard of a name like that before. Then again, there are a lot of names I haven’t heard.” He laughed. “Nice to meet you, Roya Boon.”

“Tiva Boon. I was about to say Royal Guardian, but I no longer hold the honor.”

He shrugged. “And I haven’t been a knight in ages. But that doesn’t mean I don’t go by Sir. Wait a second...” He paused.“Royal Guardian?”

She bit into the last of her sandwich, acting as if his intrusion was no issue, and consented. “You mean like a castle guard or more like a knight?”

“I was an elite protector to the king and queen of my planet,” she answered, giving no other information. Turning slightly upon hearing the doors to the mess open, she spotted Raife.

Cooper chuckled. “It’s been a long time since I met an actual Dame.”

“I am no longer a guardian, my duties lie here now.” She rose from her seat taking her tray in hand. The conversation made her uncomfortable. Crossing the mess hall, she gave Vinni her dishes and ordered another juice.

A gust of wind rushed past and Cooper’s voice boomed from behind, startling her. “Try the orange stuff. It’s great.”

She jumped back, her hand nearing the claw automatically. She met his eyes and raised a brow, then looked back toward the table. The movement on his back was not a cloak or a cape, but large black feathered wings smoothed along his shoulders. That information was not in his record. She forced herself to show no emotion, and was thankful for the interruption when Raife neared.